Evolutionary model is a combination of Iterative Model and Incremental Process Model of software development life cycle. Delivering your system in a big bang release, delivering it in incremental process over time is the action done in this model. Some initial requirements and architecture envisioning need to be done.

It is better for software products that have their feature sets redefined during development because of user feedback and other factors. The Evolutionary development model divides the development cycle into smaller, incremental waterfall models in which users are able to get access to the product at the end of each cycle.

Feedback is provided by the users on the product for the planning stage of the next cycle and the development team responds, often by changing the product, plan or process. Therefore, the software product evolves with time.
All the models have the disadvantage that the duration of time from start of the project to the delivery time of a solution is very high. Evolutionary model solves this problem in a different approach. 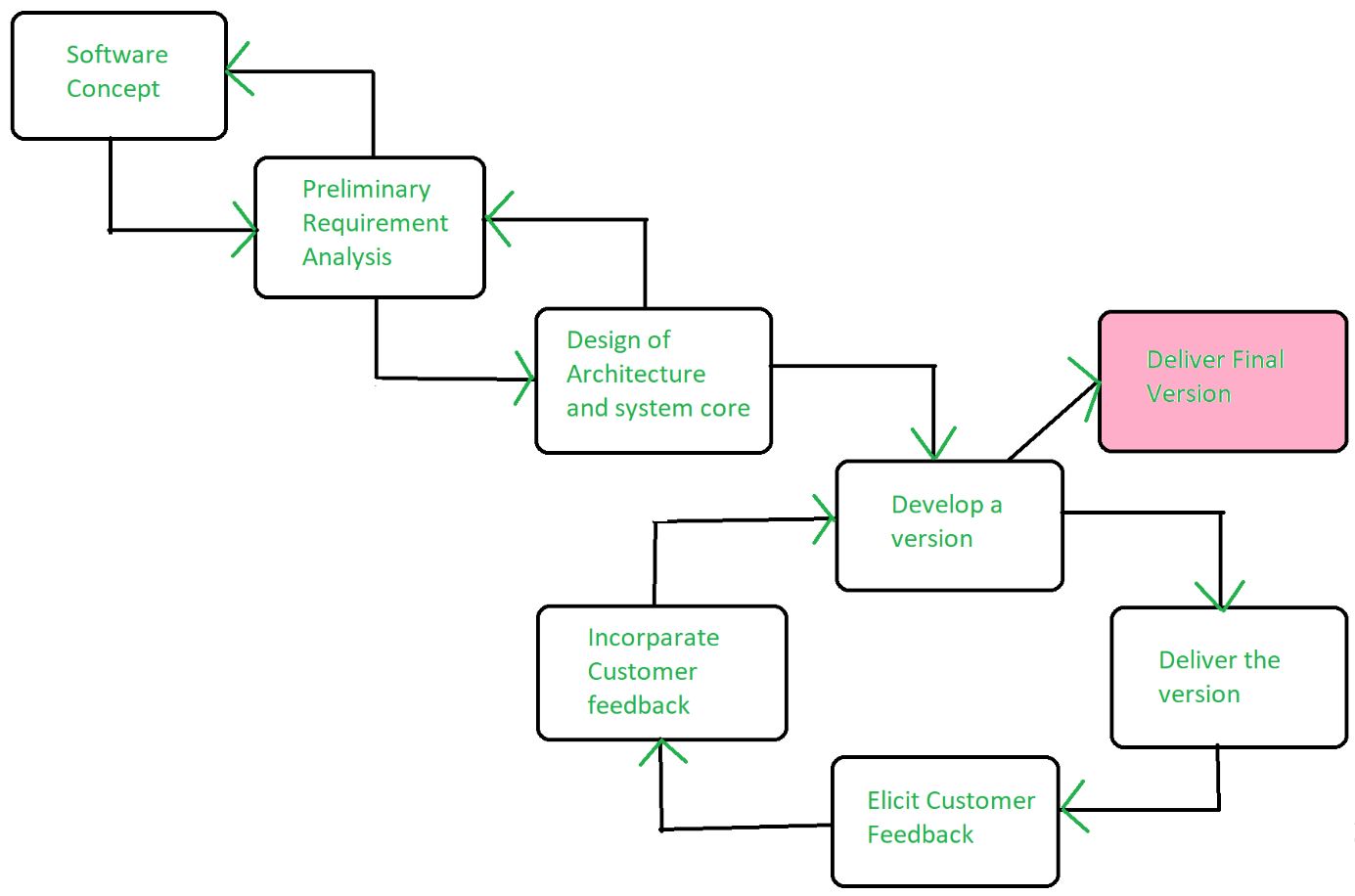 Evolutionary model suggests breaking down of work into smaller chunks, prioritizing them and then delivering those chunks to the customer one by one. The number of chunks is huge and is the number of deliveries made to the customer. The main advantage is that the customer’s confidence increases as he constantly gets quantifiable goods or services from the beginning of the project to verify and validate his requirements. The model allows for changing requirements as well as all work in broken down into maintainable work chunks.